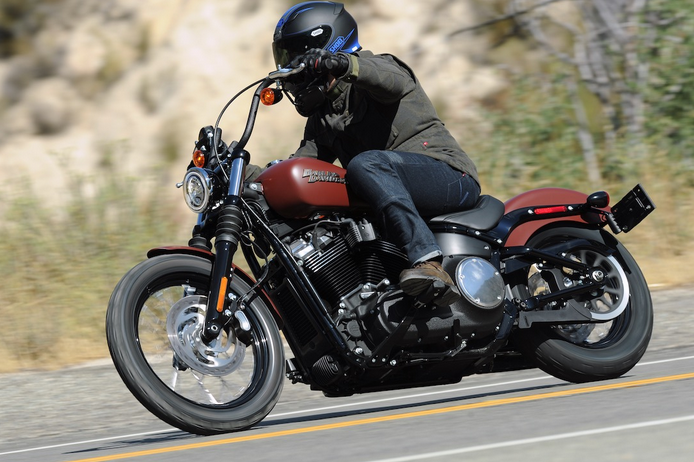 Now, you could argue that it’s simply a different motorcycle, as it has an all-new chassis and motor, and you wouldn’t be far from right.

Let’s look at why the 2018 Harley-Davidson Street Bob is such a successful Softail.

1. The Street Bob has gone from being a fashion statement to a seriously fun-to-ride motorcycle. While I didn’t mind being seen on the Dyna version of the Street Bob, it wasn’t a particularly great ride. The suspension was so-so, the handling a bit uncertain, and Harley-Davidson typically give it a lower-spec Twin Cam motor and offered it as a budget big-inch H-D. All of these problems are solved with the Softail-based 2018 Harley-Davidson Street Bob.

2. Magic is provided by the new chassis. Though we will get into the Milwaukee-Eight motor soon enough, the Softail chassis is what makes the 2018 Harley-Davidson Street Bob work. The new frame is stiffer and the suspension seriously upgraded. These differences don’t amount to a minor improvement—it creates an all-new motorcycle, and a great one.

3. The pegs/grips/seat triangle on the 2018 Harley-Davidson Street Bob is a bit compressed, yet it gives the rider a great level of control. The Street Bob feels the smallest of the new generation of Softails. In many ways, it reminds me of the now-discontinued Sportster Seventy-Two. Even though the Street Bob weighs in at 653 pounds, it has the feel of a classic Schwinn Sting-Ray bicycle. The high-and-wide bars are in tight, giving the rider easy leverage over the excellent chassis. 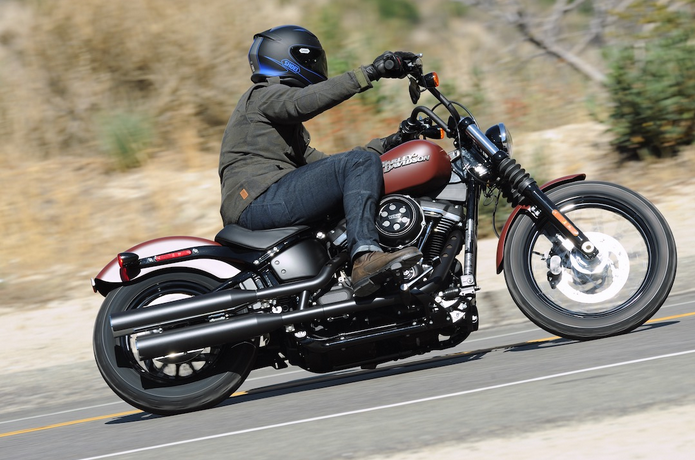 4. Urban twisties such as Mulholland Drive are a pleasure. On the old Street Bob, straight streets with good pavement were the best places to go for a spin. Mulholland Drive, which borders the Los Angeles basin and San Fernando Valley, is a rollicking ride, with pavement ranging from track-like to cratered. The properly paved portions persuaded me to make the most of the Harley-Davidson Dunlops, while the suspension sucked up the ragged portions enough to keep the tough spots enjoyable.

5. The 2018 Harley-Davidson Street Bob loves to corner. Turn-in is unbelievably easy, and you can even change your line by using the mini-apes to your advantage. The Dunlops are nearly a half-inch narrower, front and back, than last year, so resistance to direction changes is almost non-existent. As amazing as it may seem, the 2018 Street Bob is a canyon carver.

6. No matter where you ride, the improved suspension makes a huge difference. On the previous Street Bob, you’d steel yourself for a hit anytime a road imperfection came your way—it was just part of riding the bike. I still find myself tensing up a bit, but the jolt is gone. Sure, you feel whatever pothole or dip you rode through, but the edge is completely taken off. The new Showa Dual Bending Valve fork (with stylish gaiters) does its job as effectively as the new under-seat single shock. It is a true revelation that completely changes the nature of the Street Bob.