I’m like a crocodile or more like a slug when it comes to evolution. I’m slow to change my riding ways.

I don’t think I’m old school but when my 14 year old son says something like “Yeah man that’s so old, it’s from like the ’80s.” Ouch, those were some of my prime time years and not the 1880s.

I grew up in CT and we rode dirt bikes, snowmobiles and anything my dad and brother brought home. We did not wear seat-belts, rode in the back of the pick-up and when we saw someone with a helmet on a motorcycle or snowmobile it made us think of them as some kind of racer or daredevil.

Safety things like “Click it or Ticket” came about and I also realized that other states had different helmet laws. When we went over the line into NY, it was time to take out the shell helmet with the “DOT” sticker on the back. That’s the way it was. Right or wrong that’s how I carried on.

My slow crawl to always wearing a helmet started in HI, I guess. I crashed through the back of a car window without a helmet and was lucky to walk away with just some metal in my head and a few scars. I was drugged up pretty good but I think I remember asking the doctor, “If I was wearing a helmet, would I still be handsome?” He said he was not sure about handsome and struggled with the physics of my head crushing and me not dying vs. wearing a helmet and possibly snapping my neck. I’m sure there are expert reports either way.

I moved to CA and the slug in me dusted off my old shell with the fake DOT sticker. It has some other obnoxious ones like; Ass, Gas or Grass – No one rides for Free and Yosemite Sam saying Helmet Laws Suck. 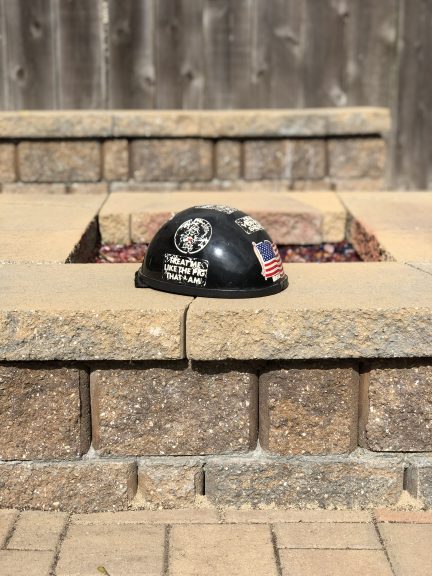 When that one got to nasty to wear I bought the same fake helmet again. Sure vanity was in play, these skull buckets are small because they are just a shell. I did not want to look like and astronaut. I have a decent sized cabeza so anything more than a baseball cap makes it look like an orange on a toothpick (thanks Mike Myers). 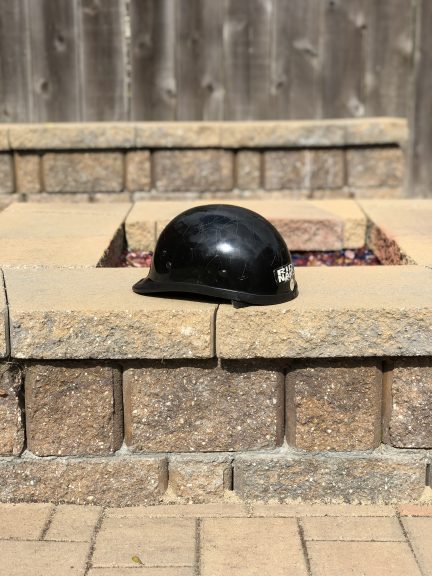 Those that were unlucky enough to get on the back used a spare skull bucket that I had. Good for me, good for my passenger? I’m sure not but young and dumb was etched into my face at that point.

July of 2000, all that started to change. I met my future wife, unbeknownst to us both at the time. Years of dating and riding made me at least care enough to get her a better helmet.

K-I-S-S-I-N-G, Dennis and Simona sitting in a tree, and you know the rest, married, and a baby boy brought me a new life perspective.

So I got a fully certified half helmet from GMAX. Low and behold the massive orange on the toothpick was now me. It is comfortable but I do feel the weight change and the aerodynamics are not the best. Still 100% “safer” then what was on my grey matter previously. I thought the drop down visor would work but I wear glasses and that’s a whole other story. If I had to wear a helmet, it might as well be safe – family on my mind. 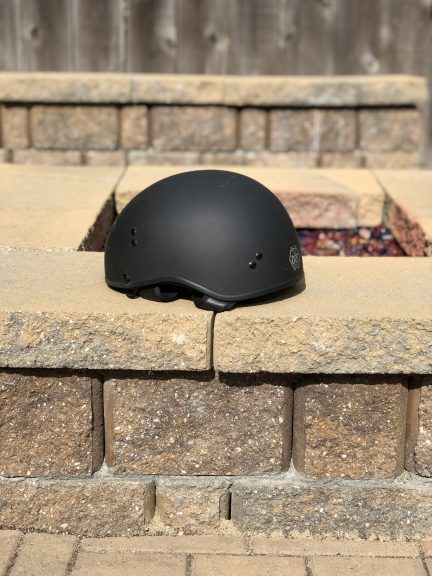 My Harley has a removable windshield and for long hauls it’s nice to have. Right now though, 90% of my riding is local coastal or mountain runs. So the windshield is usually off.

What if I got a full face helmet? Good God man, I’m just a slug trying to evolve.

I’ve had my eye on them for awhile but I’ll tell you another jacked up thing about me, I’m a tight ass. $700 for a helmet – holy crap. I know, I know, “what’s a life worth” and so on. Baby steps here for this gringo. Ah the segue I needed.

The Biltwell Gringo S kept catching my eye. I thought they looked cool and the price was lower than $700 with real DOT and European certification. I get newsletters from my local shops and the big online resellers and I’m always looking for sales. Scooter West, here in San Diego, sent an email and the Gringo S was featured. I wanted to support local buying during the shutdown and thought this was a good idea. 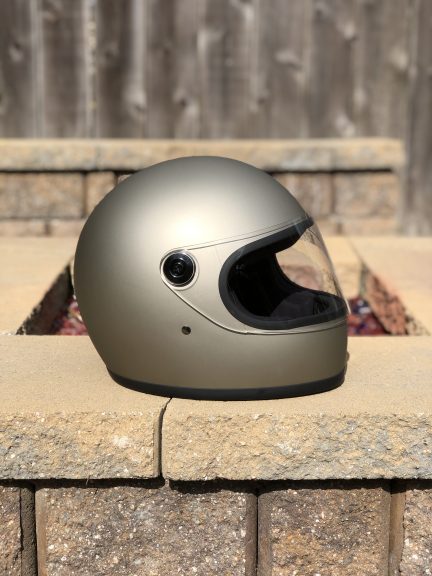 Okay, I got the helmet and was very excited.
#1 I rarely buy new stuff
#2 It was a cool helmet
#3 I’m a tight ass and got it on sale

I opened up the box and took off the protective plastic on the shield and notice the inside of the shield had some peeling. I guess the anti-fog layer flaked. I felt like someone took my lunch money and kicked my dog. Not cool, bro!

I dropped an email to Scooter West and 2 minutes later they called me and said “that sucks, come in ASAP, we got a new shield for you.” Very cool, Scooter West.

I put the new shield on and now I had to wear it. Orange on a toothpick but kinda cool. Never wearing a full face before it was like a Halloween mask, or covid-19 mask, I felt some anonymity when I pulled it on. Yes, pulled it on. The description of the helmet says they run small so I bought a size up. They do sell thinner check pads to help with fitment.

I know – Dude, enough of the storytelling.
Here’s the first ride report( I have no tech or safety background – you gotta look up the specs):

Gringo S helmet on and visor 2 clicks open.
Felt good
I took off down my road and holy crap my belt is whining like nothing I’ve ever heard before.
No dumb ass, it was the wind catching the shield.
Okay jump on the highway shield down and locked in place.
Kinda cool, quite, no wind in my eyeballs.
People might have thought I never shifted a Harley before, it took me a second to adjust to the muted sound of my motor.
Tested to 80 mph and no wind noise, my head was not being pushed back.
Felt good

50 Mph over the Coronado Bridge
Cracked the visor one click up, no whistling noises and fresh air.
Nice

25 MPH on island to avoid issues with the Coronado police
Visor all the way up. 3 Clicks
Kinda nice, more sound, no whistling, fresh air

Over the bridge and through downtown San Diego.
1pm and 71 degrees
I personally run hot, I’m always hot and was hoping the helmet would not make things worse.
It did not. It was warm but with the visor open it was okay.
No vents on the helmet. 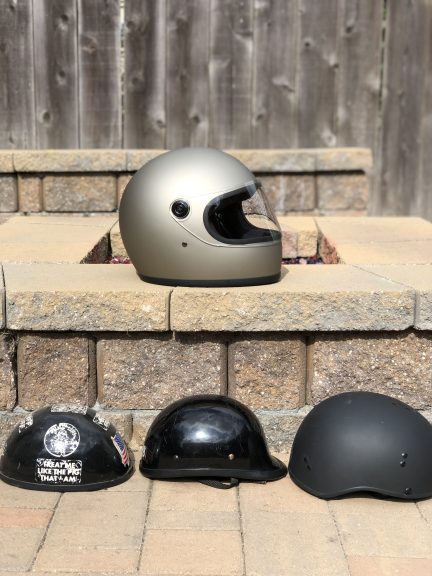