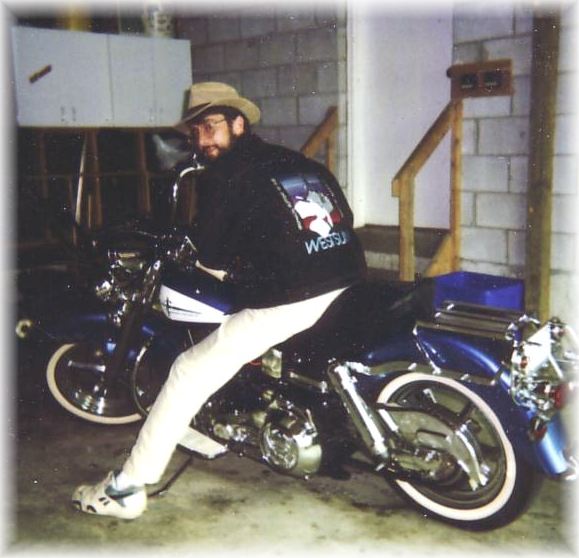 Sometime back in the early 90’s I had just arrived at my girlfriend’s father’s house for a holiday meal of some kind (I’m gonna go with Easter, and assume that he was just getting his bike out of storage after the long, cold Canadian winter).

I’d been dating his daughter for some time, and that was going well, but these were still early days in my knowing her parents, so these events were kind of a big deal. Remember when?

Upon arriving at his house I found him in the garage, puttering around with a 1970 Harley Davidson FLH. Meticulously restored, and customed over the preceding 10+ years, the bike looked like it was brand new, with flawless chrome and a beautiful medium metallic blue and ice-white paint job, respectfully inspired by a factory original colour scheme.

He asked me 2 questions: Did I ride a bicycle much as a kid? And was my car a standard/manual? I answered yes to both and stood there expectantly, wondering what he was going to say next…

“These are the controls… (insert 30 second de-briefing about location of clutch, brakes and shifter)… Why don’t you take this around the block and see if you like it?”

I cautiously straddled the 840lb pound machine, took a moment to collect my thoughts, check for oncoming traffic, squeeze down on the clutch lever and then I tapped the shift pedal… way too gently. Nothing happened. “Like you mean it!” shouts my girlfriend’s father over the rumble of the machine idling beneath me.. I tromped on that peg, and it “clunked” into first with one of the most decisive and satisfying mechanical sounds I’d ever heard. I checked for traffic again, and eased out the clutch…

I’m not sure if I even shifted out of first… I may have made it into second… but I did make it, uneventfully, around the block and back into the driveway. At which point I got some help kicking out the jiffy stand, and leaning the bike over. As I raised my leg to get off the bike, I realized that despite the sunshine and warmth of the day, I was shivering. I had SO MUCH adrenaline coursing through my veins, my muscles were just vibrating in my body. That machine had spoken to me in a primal way that I have never bothered to try and understand, but it’s a conversation that I enjoyed as often as I could in the following years….

Never as an Owner, I still managed to become a riding addict, and enjoyed taking in all kinds of sights, mostly in California and Nevada, from the backs of rented Harley’s from EagleRiders. I settled on StreetGlides as my ride of choice from their inventory, and wished for the day when I might own my own horse from the Harley stable.

Fast forward to 2019, my girlfriend is now my wonderful Wife, and we have 3 lovely children to show for it, and that man who used to be my girlfriend’s father, has been my Father-in-law for 17 years. While “reorganizing” the garage in order to make room for a new project car, he decided that it was time to put the bikes (he also did up a gorgeous mi 63-66 Rigid in matching blue) into a situation where they might see some use. Traditionally, never one to shortchange a mechanical process, unfortunately, after a “season’s over, last ride” sometime in 2001, the bikes were put on their stands and left to wait over 18 years for their next chance. After deciding to let me have the 1970 FLH, many hours of wrenching joy were mine to savor, and what started out being in mechanically unknown condition, and looking like this… 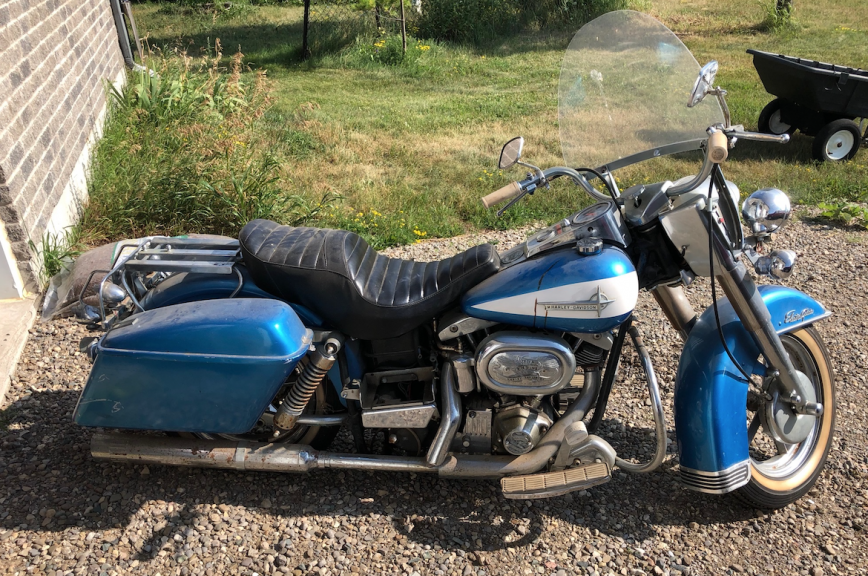 Is now down to a bad 3rd gear, brakes in need of TLC, and a mysterious “won’t start” issue, with a functioning starter and new solenoid… during which time she looked like this… 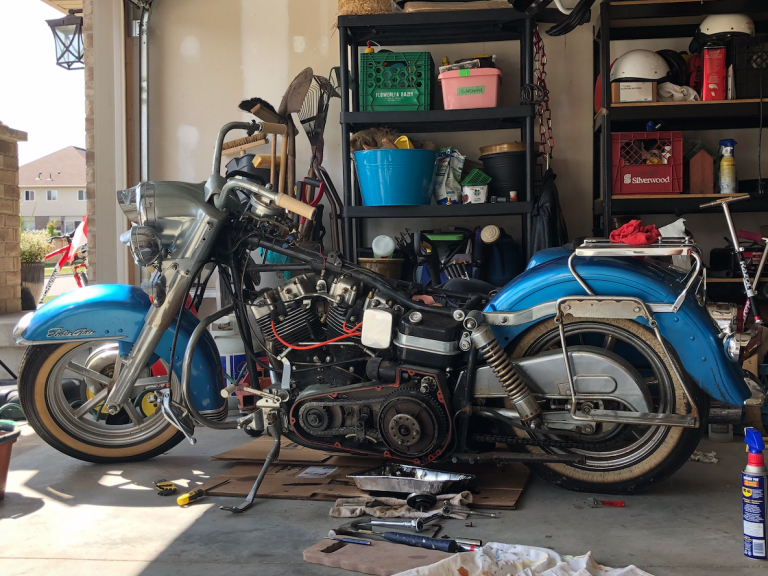 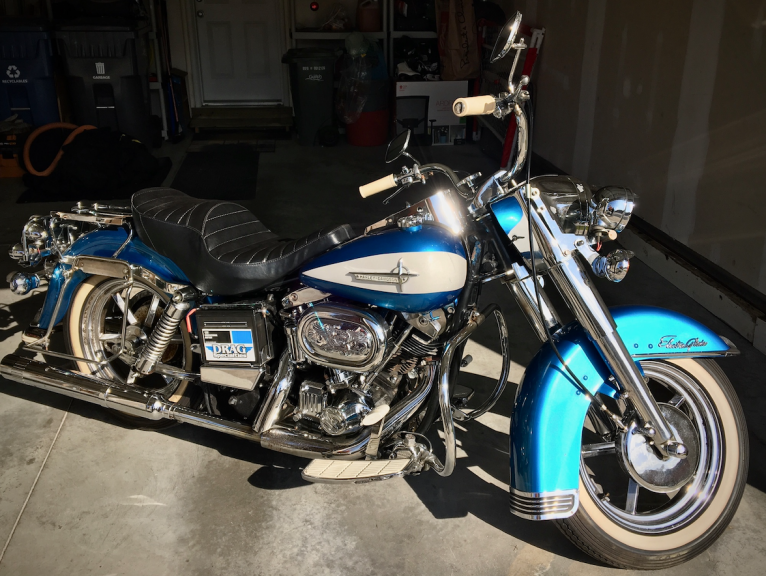 I’m definitely looking forward to getting everything checked off the “fix it” list, and enjoying a leisurely winter of making everything just right, then climbing back on to relive the thrill of that first ride; I am anxiously anticipating a “second first ride” on the first bike I ever rode, but this time, as an Owner.

If I’m really honest, I feel a little bit of that first ride rush almost every time I drop any Harley into gear… that distinctive clunk telling you that you have made the decision to go, and your faithful machine is there with you, ready to take the road to wherever.

Don’t forget to travel with friends, and tell your stories when you take a break; savour the life you share with your bike.