There’s something unique about seeing the world from the seat of a Harley Davidson. Ask anyone to try to explain it and you’ll likely get the same answer. A long winded explanation that only really proves that the feeling we get from riding our bikes cannot be explained. That feeling is the sole reason why I stepped off a beautiful air conditioned tour bus in a 115 degree Arizona summer heatwave and onto a 2019 Road King for 523 miles of desert adventure broken up into two days of riding.

I was leading a rock n roll band on a tour across the southwestern US states with a couple days off between Phoenix and Las Vegas. I had never been to Sedona or the Grand Canyon and this was the perfect opportunity to step off the bus and put some miles down. My route consisted of Interstate 17 north out of Phoenix to 179 to Sedona, to 89A into Flagstaff. On the other side of Flagstaff I opted off the interstate and onto 180 to 64 into Tusayan and the South Rim. 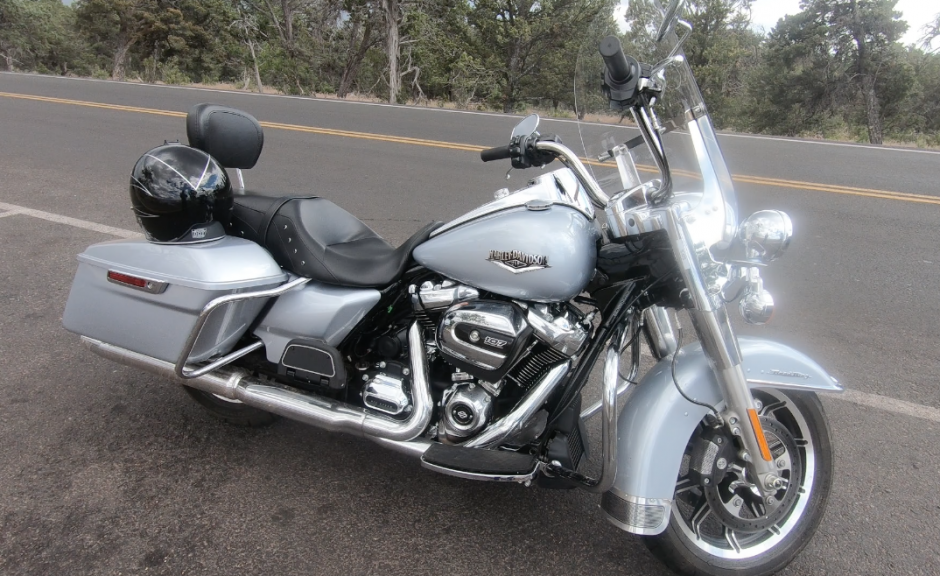 I have put around two thousand miles on the new Heritage Classic so I grabbed a new Road King for this trip to really put them head to head. Pulling out of EagleRider in Tempe, the first thing I noticed was the riding position was a bit tighter and not as stretched out as it is on the Heritage. Keeping in mind Im 6’2’’, I’ll take every inch I can get to stretch out. Other than that, the bikes were fairly similar with slight discrepancies in torque, horsepower, and gear ratios. The major difference between the two was the weight with the Heritage at 723 pounds and the Road King boasting 836 pounds, but would it make a difference? 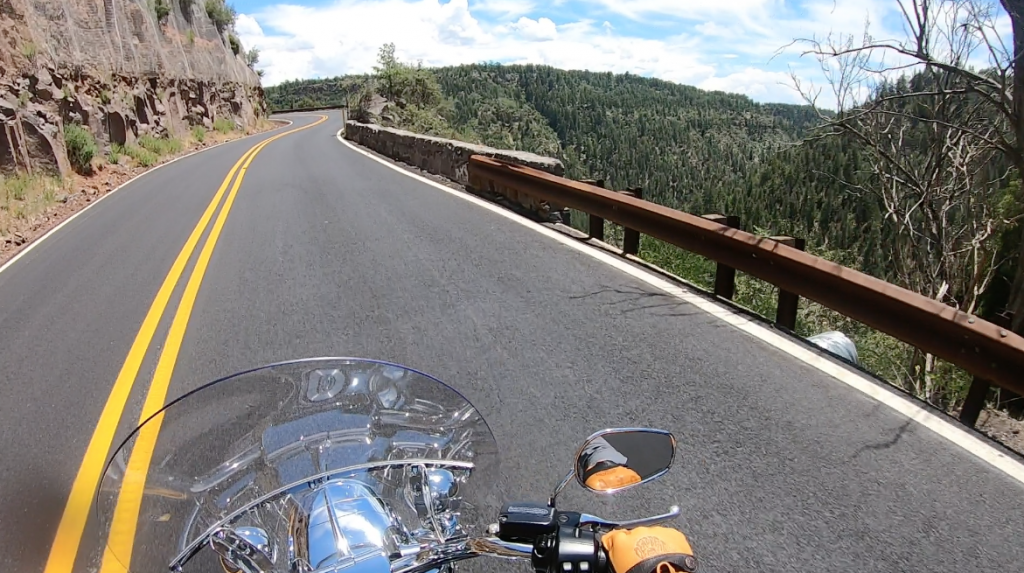 Riding up Interstate 17 was a great way to get to know the bike before getting to the twisty’s just past Sedona. I exited Interstate 17 onto 179 and headed north into Sedona. Everything I had heard about Sedona and its famous red rocks had yet to manifest themselves as the off ramp to 179 looked like the desert just outside of Phoenix. I began to wonder if I had the wrong road as I headed up 179 until I went around a bend and was stunned at the grandeur. The other thing I was stunned at was the stop and go weekend traffic and hordes of people flocking to Sedona, but at least the view was phenomenal. Idling through Sedona in that heat, with the heat off the bike, and the heat off the cars was proving to be a bit much so a lunch stop was in order. As I putted through Sedona at a breakneck speed of 2 miles per hour, it soon became apparent that not only was the road packed, but also every store and restaurant with lines out the doors and waits so long I wouldn’t make it to the Grand Canyon in time. In the words of Jerry Jeff Walker I kept on keeping’ on through Sedona and onto 89A with everyone else and remained in traffic for most of the ride until it finally broke up just north of Slide Rock State Park. The road after that goes through twisty’s that reminded me of Independence Pass in Colorado. Tight switchbacks, 15mph limit, cliff on one side with a drop off on the other. The extra weight of the Road King really showed at this point and had me wishing I was on a Heritage or better yet, my Sportster. The view however is second to none and makes you want to slow down to take it all in. 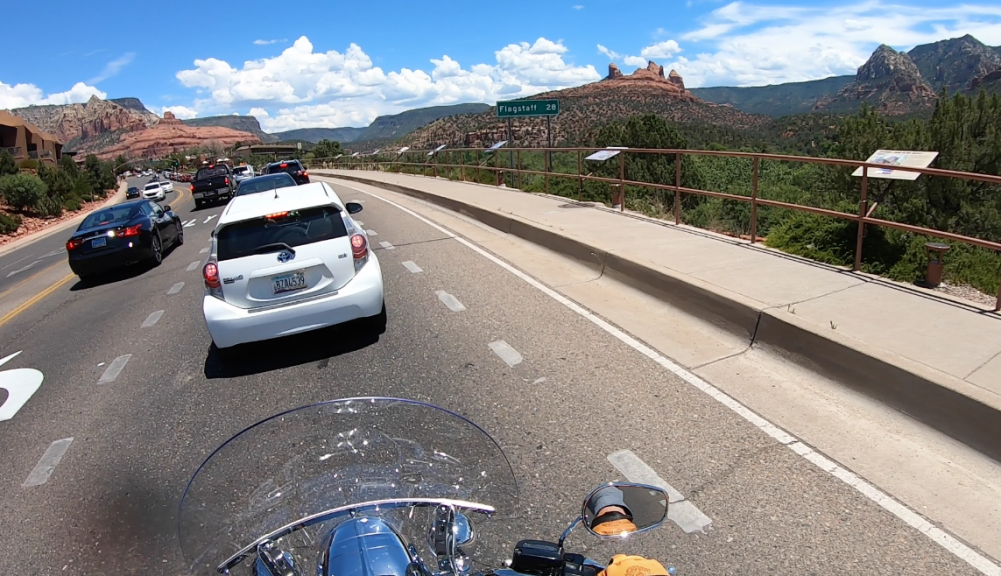 Coming into Flagstaff the terrain switched quite rapidly from desert to green with gorgeous pine trees which came as a shock to me as I had thought it would be desert for the entire ride. Tripping across 180 to 64 that leads you to the South Rim was one of the most desolate roads I had been on, seeing only a few cars and one other motorcycle with most traffic sticking to Interstate 40 to 64.

Upon entering the Grand Canyon you have to pay a $30 motorcycle fee before being able to see anything which I found to be worth it once on Desert View Dr. which is the road that takes you to the different look out points of the Grand Canyon. With everyone stopping at the Visitors Center and Mather Point, I headed east on Desert View Dr. and found theres actually quite a few spots to pull off and walk up to the edge with each view just as breathtaking as the last with a smaller crowd. 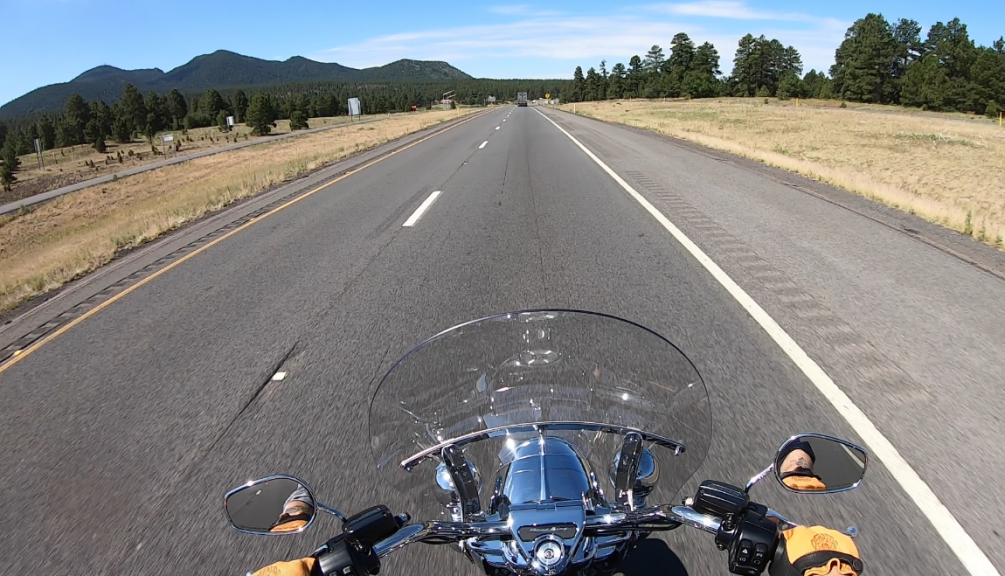 That night I stayed in Tusayan, which is the resort town just south of the South Rim of the Grand Canyon on 64 and one of the limited sleeping options unless you are camping. Theres not much going on in Tusayan but I will say, anyone who is thinking about doing this ride, there are TONS of tourists driving up and down 64, pulling in and out of the hotels, stores, restaurants, and they do not see motorcycles. 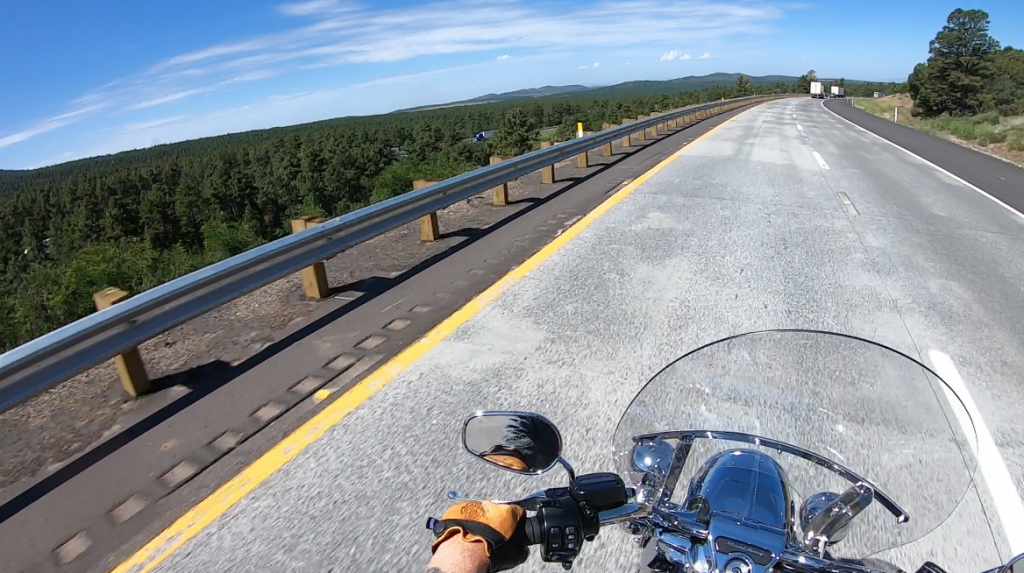 Waking up the next day, I packed my saddlebag full of bottles of water and energy bars and pulled out ready for the hottest ride of my life. There is really not much more than gas stations in between Tusayan and Las Vegas so pack ahead of time. Kingman, Arizona is about the half way point and has some options however limited. With the extreme desert heat, heat coming off eighteen wheelers and cars, I had to pull off about every 45 miles to drink a bottle of water and pour another bottle over me. 282 sweat drenched miles later I found myself in Las Vegas riding down the Strip. 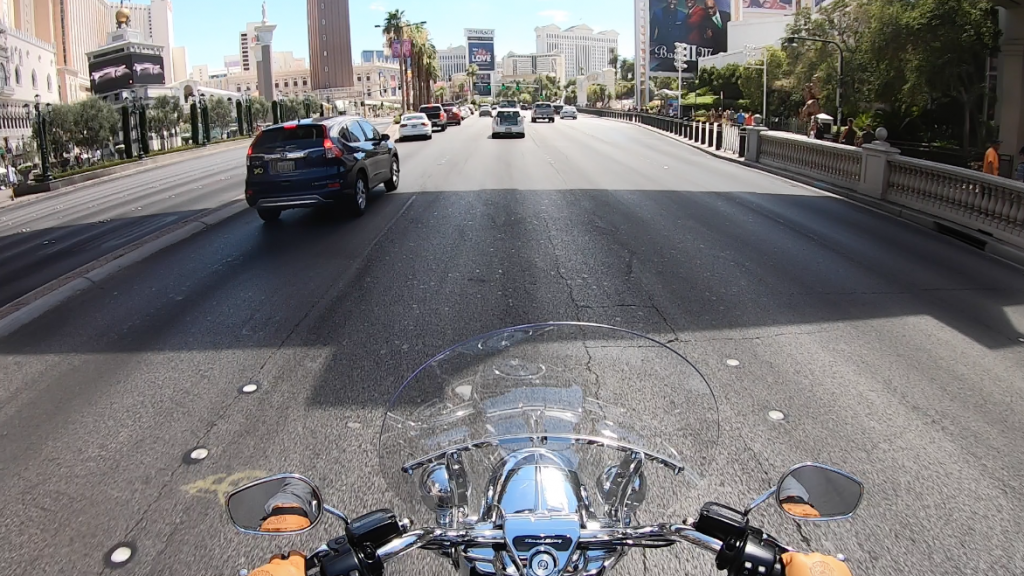 All in all its a great route and a great trip. I would suggest not doing it on a weekend in the summer however to avoid the extreme high temperatures and traffic through Sedona but if that’s your only option, it is still worth it in my opinion just pack extra water and take lots of breaks.

Now to the argument of Heritage Classic vs. Road King. Which is better? I can’t honestly say one is better than the other as they are, while similar, totally different bikes. The Road King is definitely the road king. I think you’d be hard pressed to find a better option for putting down long miles unless you opt for a full dress bagger. However, the hundred or so pounds less on the Heritage makes it my preferred choice as it feels quicker in acceleration, cornering, and lighter handling. That being said, I stepped off the Road King both days having zero aches, no numbness, and no general discomfort which I can’t say about any other bike I’ve ridden. At the end of the day though, I still would trade comfort for performance, and for me the Heritage Classic is still my go to.

Until next time…ride safe, wrench safe and we’ll see you on the road.